The desire to control the climate around us has been around since the dawn of man. The Egyptians used man powered rotary fans to cool the wealthy. The Romans created networks of pipes that pumped hot steam to rooms and baths from furnaces in basements. In the 1400’s Europeans used fireplaces with chimneys to heat their rooms. With the Industrial Revolution came the invention of ventilation machines used to pipe fresh air to miners. The first actual air cooling machine was created by Dr. John Gorrie in the 1830’s. He used a block of ice and a fan that blew air over the ice to cool his hot Florida hospital rooms. 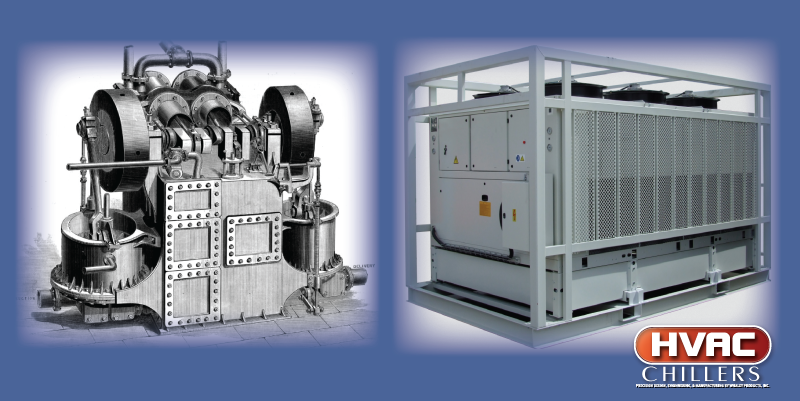 This was quickly followed by “manufactured air” that was used to control humidity inside of textile factories. All of these proprietary machines utilized ice for the cooling agent. It was not until 1902 that Willis Carrier “Father of Air Conditioning” made a machine which used chilled coils to cool the air that was circulated out. His machine was able to adjust the humidity and temperature of the room. In the same year, Alfred Wolff created the first industrial air conditioning system for the New York Stock Exchange, by adapting the textile mill systems. In 1904 The St. Louis World’s Fair showcased the new invention as manufactured air. It wasn’t until 1914 that the first home was “air conditioned”, in Minneapolis. The leading consumers of the first modern air conditioning systems were movie theaters and manufacturing facilities. In 1922, Willis Carrier changed the coolant from toxic ammonia to dielene, and created smaller units. This led to air conditioning systems being used in office buildings and retail shops. It was not until after World War II that air conditioning systems were standard in modern homes.